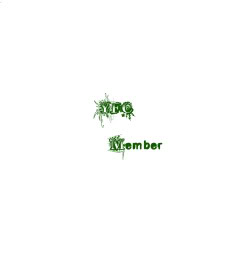 Anival was born on Pilar the capital of Yosefin. As a child Anival was by himself being the only boy, until he got a brother. Anival and his little brother grew closer and closer as the years progressed. Anival showed great promise as a boy in the Royal Yoseifn academy. The royal army kept track of his record as he progresed through his educational career. He was quickly assigned a sub category were he to fail the trainng all Yosefin males went through. His other carrer field was to be piloting Vehciles, as he showed great knowledge for Yoseifn walkers, lifts and the like. Anival was out going until the death of his mom. After the incident Anival tried to take care of his little brother an his sisters, being the oldest he felt the responsibility to help his father.

Anival was trained in Tiedo a form of martial art that uses kinetic energy along with quck blows that can be retracted before impact to defend the user, it also uses lethal blows targeting the 1vital organs, it quickly render an enemy unconscious or cause immediate death. He was trained to use a blaster as his father was in the Imperial Army, and he came from a long line of militant males and females. Anival’s hatred for the NR was always there, and threw time was fed.

Anival is a really moral person, the soldiers fundamentalism was drilled into his head by the Educators in the academy, Respect, Integrity, Loyalty, Bravery, Self-discipline. Restraint. He won’t hesitate to kill a man that is unarmed or injured, even though he prefers to avoid the situation. He is extremely loyal to his comrades, and bodies of power. He won’t leave a man in battle , and gives fierce dedication to his team, and he in turns expects the same. He is very wary at new people, but in time if they prove worthy, Anival will place an ludicrous amount of respect. He tries to satisfy his teams need before his own.

Anival is the type of person you want behind you in a storm of blaster fire. He is trustworthy, and is afraid of letting people down. He is brilliant when it comes to tactics. He prefers a easy solution, and almost always finds one, but if he cant the determination that drives him takes over.

Since he has come form a high gravity planet his isn't as tall as most beings, however, for his planet he is tall.

Anival is Bigoted, and as such tends to undermine or mistrust non-humans, although he will listen to a senior officer either human or non-human, he will find a way to undermine the authority indirectly.

Anival has a vision problem, although he won't admit it, he can't see colors in incredible detail, they seem luster-less. this in no way hinders his aim or depth perception.

Anival started his militant career in the Yosefin Military academy. He was quickly recognized as Military capable. Anival did basic training and in his early career was called to action several times. Although his first three years he only did scout duty in the system. When the Imperial Army, brought the NR to the system the Yosefin empire did everything they could to assist the Empire. Anival was given a squad to command until the emergency was over. Anival lost many men, and was thought incapable to lead. The Yosefin empire was about to take away his squad but seeing as all capable tacticians were needed they left it to the members of the squad to chose. Anival was only kept in command by one vote.

In the three years of the NR occupation, Anival assisted in countless battles and save the lives of many Imperial troopers. Until his disappearance in a shoot out between the NR, The Empire and the Yosefin Army. Witnesses state that he was helping out a couple of storm troopers when, one of his sub-ordinates got into a fight with a storm trooper, one of them by the name of "Slake" took out a thermal detonator. Anival got in front of the blast and that was the last time he was seen on Yosefin.

He later woke up on a distant planet called Couruscant apparently he was taken off world because Slakes family was seeking revenge for the murder of their only male. Anival saw this as a chance to do greater good, so he quickly decided to join the empire, he was quickly taken into the ranks, when a trooper whom Anival had save countless time remembered and vouched for him.

Anival along with Joamer, have founded a small freighting company. They have just received their first order. Anival has infested heavily upon this company, and has been one of his ambitions next to being a soldier.

Anival started out as a Private in Iron Horse, it had just been re-opened, Anival served for a while, then it was shut down, no one knows why, but some people speculate it was the Sqaud Leader, he went AWOL. Afterward Anival was transferred into wraith, he quickly befriended a trooper by the name of Ryan Karrax, commonly known as RK. They served in many missions, and after a while, Anival met Jaomer, he was a cyborg who Anival admired, the only person who wasn't fully human, that he grew fond of, Anival started to look up to Joamer as a father figure.

Great with machines, brilliant tactician, and moderate aim. Knows Tiedo. Increased Stamina due to the heavier atmosphere of his homeworld.

Anival is tall athletic build, he has a scar from the explosion running from his upper cheek bone to his jaw line.

Recently acquired by Anival, this property has fully automated turret security program. The house is staffed by a total of ten people, five groundskeepers, and the rest a mixed assortment, as well as droids. There is also a half acre sparing ground. Most5 of the property was zoned in order to make a hangar, as well as the Y.F.S headquarters.