RAIDERS is the Vast Empire's Unconventional Warfare squad. Harassing citizens near you. 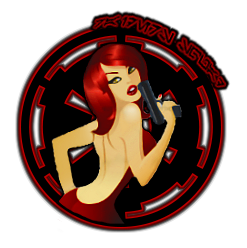 Unconventional Warfare
Yes, we play dirty. Our objectives cover a broad spectrum of military and paramilitary operations. These assignments place us behind enemy lines, gaining the trust of the people then dismantling them from within. Tactics may include destroying non-military infrastructure and blockading civilian staples which is used to decrease the morale of civilians and, when applicable, soldiers in the field through concern for their families. Unconventional Warfare includes, but is not limited to, guerrilla warfare, subversion, sabotage, and intelligence activities.

The RAIDERS not only live and run by their use of Unconventional Warfare, but they hold onto a wide spectrum of training that is put to use in various ways that can also be categorized into something that has been given the title of 'Urbexing'. Many ask what this is, even more ask what the purpose is. It is simply the title given to the group who carry the talents and knowledge of a handful of Specialties. The missions that the RAIDERS are sent on most always need most if not all of this handful of abilities. They can be thrust into an unknown part of the 'verse and given the task of scouting out and noting each and everything thing about it. They can be tossed onto a planet with possible hostiles and told to figure it out, take out the hostiles and claim that bit for the Empire. They can be thrown into an abandoned city and told to map it out. Secrecy, strength, smarts. All of it combines into what the RAIDERS are good at.

The training that is required by all RAIDERS troopers is based on the puddle of Specs that are classified as Urbex. The list is below. RAIDERS are expected to complete each one.

Close Combat (A5) "Troopers can apply for this short course on close combat training. This is a short and brutal course aimed at giving troopers an experience of battlefield combat. No specific martial art is taught, instead a trainer will teach groups of pupils how to disable an opponent as quickly as possible using any tools to hand or the environment. "

"Troopers will spend several days with one of our toughest sergeants learning how to put down an enemy solider face to face. After a day of demonstrations and practice troopers will spend the rest of the time in brutal sparring sessions with their fellow students to give them some applicable experience.

Single 1000 word story in which the trooper should focus on a sparring session and how they apply what they have learned. "

A list of the current roster within the Raiders Squad

Since SCOPE Load-Out is only forced during Platoon Missions most RAIDERS Squad members prefer to use their own gear. This is permitted since it also adds to the idea that they are not official Vast Empire troops, and often can be be quite beneficial.

Although RAIDERS do have a standardized load out most of the squad members prefer to use their own weapons. This is permitted since it also adds to the idea that they are not official VE troops, and often can be be quite beneficial. This page is under construction.

Raiders has had many members in their ranks, low and high on the command chain. -Note, current status and/or rank may not be up to date.